What happened if? – Interview with historians: “Hitler would never have stopped”

The Nazis conquer the US, the SED fired on the people in 1989: such historical fantasies keep popping up. Historian Richard J. Evans explains what to make of it.

What would have happened if Adolf Hitler had died in a car accident in 1933? What if Napoleon Bonaparte had triumphantly ended the Battle of Waterloo in 1815? Or did John F. Kennedy avoid the fatal attack in Dallas in November 1963? Alternative historical fantasies are always popular, in the cinema and on television, in the bookcase, but sometimes also among experts.

Richard J. Evans is one of the greatest historians in Great Britain. In an interview with Chillreport he explains what is true about the so-called counterfactual story. A fantasy world where the Nazis could rule the United States, the wall wouldn’t have fallen and Britain would still rule an empire.

Chillreport: Professor Evans, Adolf Hitler undoubtedly lost the Second World War, in the GDR the SED leadership certainly did not let the people’s army shoot at the peaceful protesters in the autumn of 1989. But why does so-called virtual history have so many followers? For example, in these mind games the Nazis invaded New York.

Richard J. Evans: I can absolutely understand the fascination with alternative histories. But you must be aware that these are products of the imagination. Of course there is a certain tension in this idea, but it is and will remain a fantasy.

Let us stick to the example of Hitler and World War II. In the end, why was it impossible for Germany to win?

World War II was a very complex conflict, but the key to victory lay largely in the economy. The economic power of the allies Great Britain and the Soviet Union, and later the US, was simply much greater than that of National Socialist Germany.

In 1992, your fellow countryman Robert Harris published the novel “Vaterland”, a classic of counterfactual history, as it is also called …

Richard J. Evans, Born 1947, was Professor of Modern History at Cambridge University from 1998 to 2008. From 2008 until his retirement in 2014 he was Regius professor of history. The historian is a specialist in the German history of the 19th and 20th centuries, in particular the time of National Socialism. His three-part account of the “Third Reich” is considered a standard work. In 2014 he published the book “Changed past:
About counterfactual narration in history“.

In the plot, the victorious Nazis have subjugated Europe and are in a kind of cold war with the United States. Berlin became Hitler’s dream city, Germania, as the Nazis tried to remove the traces of the Holocaust by eliminating those who knew it.

It’s an exciting, but historically totally unbelievable plot. Although Harris did very good research, for example in his description of the gigantic world capital that Hitler and his architect Albert Speer had planned. But the assumptions are wrong: after such a big victory, the Nazis would certainly not have erased the last traces of the Holocaust. Hitler would rather have presented the extermination of the Jews as a triumph. Above all, Harris’ image of a stable post-war order in Europe under the Nazis is completely misleading.

National Socialism was a very dynamic political and social force. In other words, Hitler and his friends would never have stopped, but always waged war. The goal would have been to conquer the whole world. Had the Nazis won the war in Europe, they would have continued to fight America. Had the US been defeated, it would have been looking for the next adversary. For the Nazis, wars were needed in order not to let the German people “soften”, to express it in their ideological vocabulary.

What about the cult of self-sacrifice that the Nazis cultivated?

This too is a factor whose dynamics should not be underestimated. It is amazing how many leading or subordinate men of the “Third Reich” ultimately committed suicide alongside Hitler: Joseph Goebbels, Hermann Goering, for example, but also many high-ranking officers and Gauleiter, for example. This form of self-sacrifice for a potentially better “future” is central to Nazi ideology: In any case, the Nazis would have fought to the bitter end. Without taking into account losses.

Harris’ novel was published in 1992, two years after the reunification of Germany, much to the horror of many Britons.

Harris’ novel is, in a way, a reflection of a revived discussion in Britain about Europe. The roots of Brexit also lie in this period: you can see that very clearly in the opinion polls. Since reunification, British opinion of Germany has become significantly more negative. There is a completely absurd view among some Brexit supporters that the European Union is some sort of remake of Hitler’s planned Europe.

Now let’s talk about November 9, 1989, an event that also invites you to reflect on a completely different course of history. For example, if the SED had let the tanks roll and the Western Allies intervened.

November 9, 1989 is indeed a good example to show that counterfactual history is more of a fiction. Admittedly, the fall of the Berlin Wall on this November day came as a surprise. But as a historian I look back on the developments. And it becomes clear that a serious change in the GDR was very likely: The economy was doing badly, that could not be overlooked. Michael Gorbachev had already made it clear in 1988 that every state in the Eastern Bloc would henceforth be free to choose its own system. So the SED could not hope for support from the Soviet army in the GDR. So Erich Honecker and the others decided against the “Chinese solution”.

You are alluding to the violent repression of the Chinese democracy movement in June of that year.

I agree. The “Chinese solution” seemed too dangerous for the SED because they did not know what the consequences would be. I myself had been in the GDR a few months before the fall of the Berlin Wall and you could clearly see that the mood among the population was very different from before. In retrospect, it can be said that change in East Germany was more or less inevitable. When exactly and in what way could of course not be foreseen.

Günter Schabowski’s statement of November 9, 1989, according to which the border became permeable, came as a surprise to everyone. Also for us historians. And that is exactly what is fascinating about history science: the interaction between long-term developments and short-term events. 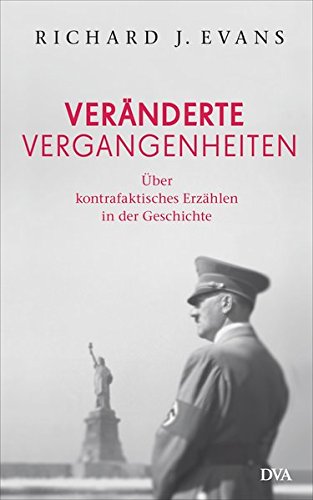 In addition to novelists, historians have for some time tried counterfactual history. Interestingly enough, mostly from the more conservative spectrum.

Yes, there are mainly colleagues from the US and Great Britain, including a few from Germany. For this reason, I covered the topic a few years ago. And came to the conclusion that the counterfactual story has almost no use for serious historiography. Don’t get me wrong, I really enjoy reading books from this genre or watching something like movies. But a different storyline than the real one is nothing more than wishful thinking based on a kind of magic trick.

What trick is that?

A classic is that Hitler would have died prematurely before he could start World War II. Another example would be that after the attack on Poland in September 1939, Britain did not declare war on Germany. Accordingly, our economy would have been better off in the long run and Britain would still own its global empire. This scenario corresponds to the wishful thinking of a certain group of conservatives in my country. Because Britain would never have joined the EU.

There are many “ifs” in your example …

And that is exactly the problem. The so-called counterfactual story is based on a relatively small or individual change in the course of history. This change inevitably leads to a whole series of new events. Long-term developments are excluded, as is the probability factor. Had Britain been out of World War I, it is still unclear whether Kaiser Wilhelm II and his generals would not have decided to fight the archipelago after all. Or maybe Britain would have accidentally declared war on the German Empire. The more one moves away from the original course of historical development, the less likely it becomes.

Above all, the “great men” are the historical force in this approach.

Yes, which also explains why more conservative historians are concerned with the subject. As I said, long-term developments are disregarded. Let’s take Hitler’s example again. The rise of the “Third Reich” is not only due to him as an individual. This included more – such as World War I lost to Germany, the Treaty of Versailles, the dysfunctional political culture of the Weimar Republic, the rise of right-wing thinking during this period. Not to mention the disastrous economic situation in Germany at the end of the 1920s. It is, of course, easier to see Hitler as the sole author. But that does not go far enough.

Otto von Bismarck once spoke of the “present time” that humans do not “create.”“still” can “steer”, but only “drive” and “steer”.

Two remarkable things converge with him. Otto von Bismarck was one of the “great” men who made history. At the same time, however, he was well aware of the long lines of historical development. So in the stream of history he sailed a course in the hope that the state ship would not be wrecked.

Professor Evans, thank you for speaking to us.

Earthquake off the coast of Alaska – tsunami warning defused

Earthquake off the coast of Alaska – tsunami warning defused

Police screws on extremists in France